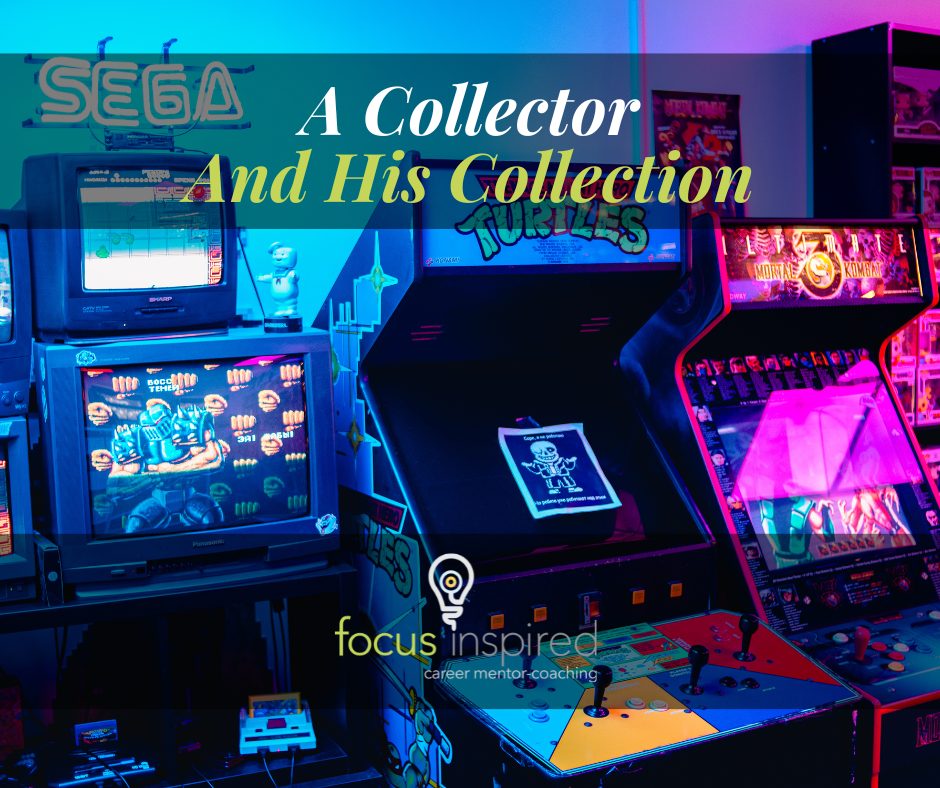 A Collector And His Collection

I’m sure almost everyone has a collection that they hold near and dear to their hearts, right? Sometimes it’s bottle caps, sometimes it’s sports cards, sometimes it’s old cookbooks. If it’s possible to collect, chances are someone has collected it.

For me, that collection happens to be lots and lots of Nintendo things, and believe me, it’s sometimes not as glamorous as it sounds. When space is at a premium, things tend to start getting difficult to cram into the various nooks and crannies as you search for a new place to put things. As readers of the blog already know, I’m an avid reader, and bookshelf space comes at a premium. I have officially run out of space in said bookshelf and I have no idea where I’m going to continue to put the books I inevitably gain in the future. Similarly, I’m not entirely sure where I’m going to keep stuffing my collection of video games and paraphernalia.

Every horizontal surface that isn’t used for work or necessities is now filled with my passion for Nintendo. The top of my dresser and bookshelf, and even my work desk have an assortment of items that I have collected over time. It got to a point where I required a display case to put some of the items I most wanted to keep safe but still wanted to see. Indeed, I also have another shelf for a console I can use to play games on in my room, but that too has been overcrowded with multitudes of items.

So, the usual response would of course be to stop collecting! But as any good collector knows, you have to get the deals when you find them. There’s nothing worse passing up on a once in a lifetime deal only to pay so much more for the same item later. I can think of several items I see on a regular basis which have gone up in price since the first time I had seen them when I could have paid a third to a quarter of the amount if only I had just pulled the trigger when I saw it. True, I have gotten some deals myself I can look back on and be proud of, but it’s always the ones that got away you remember the most.

The plan of course is to one day have a room that allows me to show off my collection appropriately, instead of having them all shoved away in boxes and bags. I really want to walk into a room and feel like I can see my collection and appreciate it any time I feel like it, instead of worrying about where and how I’m going to deal with all this stuff.

And therein lies the issue. It’s all fine and dandy to say you’re going to do something someday, but when does that day ever actually come? Is that all the excuse you need to keep filling in your collection to your heart’s content, that SOME DAY you’ll have the space for it?

Well, yes, and no. At the end of the day, you do have to be responsible and only take on what you really can afford, but you also have the right to do what makes you happy. Personally, I believe that life just isn’t worth living if you don’t get to do some of the things you really enjoy most, and if making a collection is what makes you happy and isn’t harming you, why should you have to give up that dream?

I just hope that when the time comes when I do actually make that games room, I won’t have too much stuff for that room too. I can’t imagine my partner would be too thrilled with that.