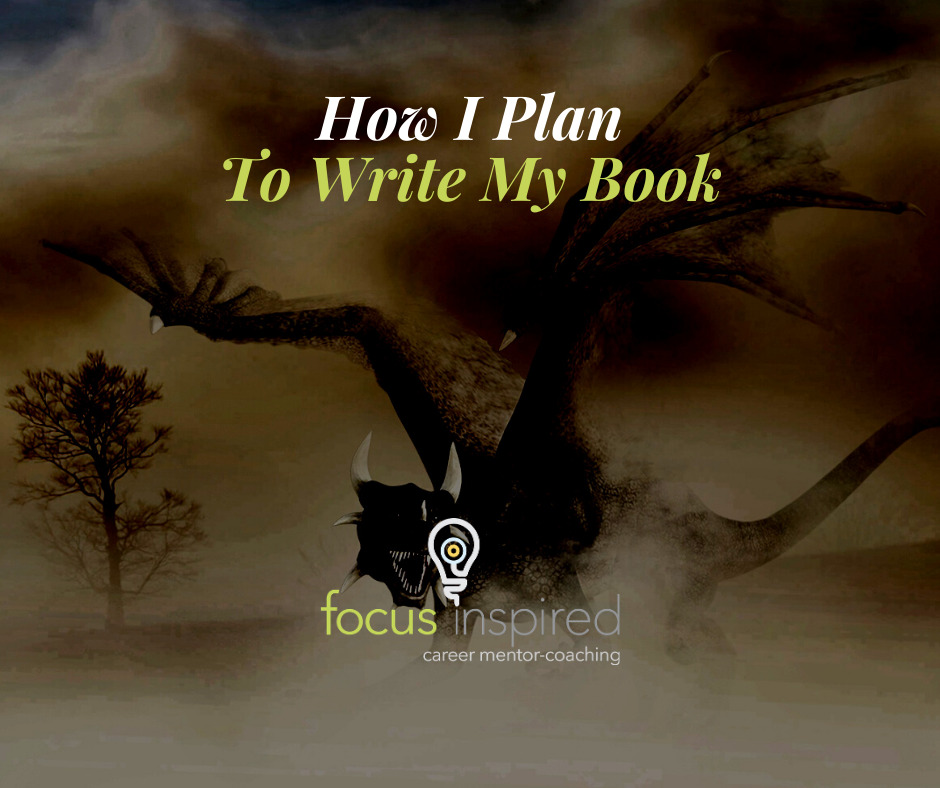 How I Plan To Write My Book

When I sit down to write almost anything, I usually like to do just that: sit down and write. No planning, no detailing, just writing. Even when it comes to research papers, after I have compiled all of my notes together on the topic that I wish to write on, I usually like to sit down and write as much as I can at once. This is because when I write, I often hear my voice speaking back to me as I go, and it sounds as though I am having a conversation with you in my head while I am putting words on the paper…or screen, in this case.

This is usually an acceptable method for short stories as well. Any time I would sit down and write a story that takes place over a couple of pages, I usually have a good idea of where my story is going to start and end, and I just tell a story that seems interesting to me in the middle. I often get very attached to my drafts this way, as I am constantly developing ideas as I get others down onto the page. Scrapping pieces of this path feels as though I am losing something that has yet to be written, because I haven’t gotten there yet to bring it into the real world.

So why is this a problem? Why don’t I just write a book that way? The main issue involves the type of book I wish to write: a fantasy novel that takes place in a world completely unlike our own. This means a new world with a new map, an alternate language, a new society, magic, elves, dwarves, dragons…well, you get the picture. It’s a massive undertaking, and to write a world like this without doing the prep work just feels unfair to the book. How am I going to write about a world that I haven’t developed yet?

Okay, so now we have established that we are going to have to do some work ahead of time. Make a map, develop the culture, figure out the rules of magic, and so on. But I’m sure you already recognize the issue. I’m a stream-of-consciousness writer who tells stories as they pop into my head. I tell stories as they come to me rather than choosing to rely on a set of extensive notes that tell me exactly what to do, where to go and how to reach the finish line. So, how do I find that middle ground? How do I write the way I know how, but also develop my world?

Well, there is one way I can think of, but it is going to have to force me to let go of my drafts. I hate throwing away writing that I have done, because it feels like I have already put in the effort to write that portion of the story. Why should I have to write it again? It’s usually because the first draft is not going to be what you end up with, and if you really hate what you put on the paper, you shouldn’t be using it anyway. Feeling like you are being forced to use something will only cause you to fret more over how you can shoehorn it into your story, forcing you to make a piece of writing work that may simply not be working for you.

So, instead of writing with the intention of putting something into your final book, write with the intention of never using it at all. Allow yourself the freedom to write without worrying about the fact that what you are writing is going to become canon. Nothing is permanent, everything is completely under your control. What this allows is the ability for you to write whatever you like and draw upon ideas from these writings for the final draft.

Let’s use an example.

Barry leaped over the fallen log and spun through the air, crashing to the ground in a heap among the fallen leaves. The wind knocked from his lungs, he tries desperately to roll onto his back, lifting his shield just in time to block the arcing sword whistling down on him. He winces as his arm buckles under the force of the blow, gritting his teeth and heaving his shield upwards with all his strength, sending his attacker reeling.

Personally, I don’t think I would use this text in any final product, there is much that I would change about the writing style itself, but that’s not the point. The point is that I now have something I can work with. We now know that there is a character named Barry, a shield-wielding character who is generally defending against sword-wielding opponents. When in an unfavorable position, Barry doesn’t give up, but rather tries harder to overcome his attacker. Barry has a strong will and determination, and will likely fight right up until the bitter end, even when hope seems completely lost.

What amounted to about thirty seconds of writing has now developed a small part of a character, a potential forest setting with fallen logs and leaves, a general type of weapons technology available, and an idea for a direction I might want to build upon. I now have questions I can ask myself:

Through these questions, I could choose to write a different throwaway passage, which comes with its own set of questions and answers. This could spawn three more ideas, then ten more, and a hundred after that. Before you know it, you’re developing characters, settings, quests, and purpose. All because you allowed yourself the freedom to throw away a passage.

With enough of this, I might end up feeling confident enough to start writing what I believe to be an attempt at the actual story. Even in this stage however, it is highly important that I remember that these ideas can be thrown away too, using them as a springboard to develop new ones. Even if I throw it away now, I should absolutely keep my writings so that I have a reference for ideas that I may develop later. I should keep a list of ideas as they come to me so that I don’t forget. Keep a journal handy. Write everything down.

Before I know it, I’ll be writing a book. The process may even inspire me to do something outside my usual style of writing.

I’ll let you know how it goes. I haven’t yet started my book, but I’m just making excuses, right? No more excuses, put pen to paper, get started. Because I will never reach the destination if I don’t take the first step.