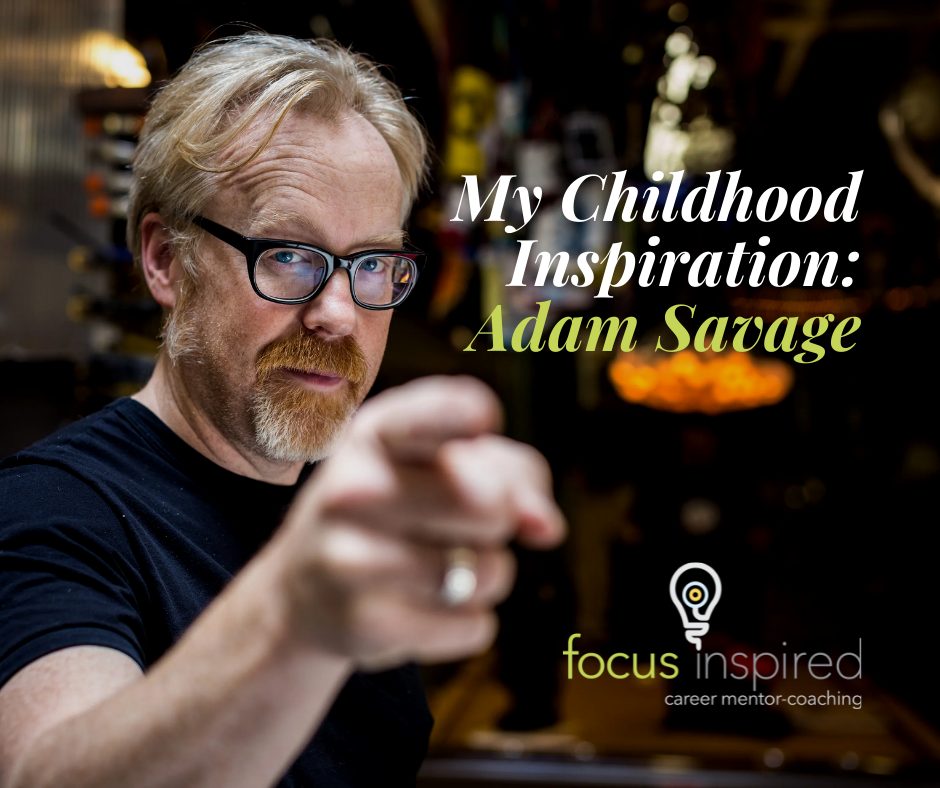 Here at FOCUS Inspired, we talk a lot about how to get you motivated and on the right path for your life and your career, but I have never taken a minute to talk about my own inspirations. After over a year of writing for the FOCUS Inspired blog, I feel it is finally time to reflect on one of my big inspirations growing up, and an influence who still inspires me to this day.

Adam Savage is a special effects technician, designer, and fabricator from New York City. He is best known for his time as the co-host of the Discovery Channel’s MythBusters, and has since produced two more television series, Unchained Reaction and Savage Builds. He is also a dedicated educator who devotes his time to helping people of all ages discover their love of science and fabrication, touring and visiting at conventions, and putting on educational material like his Tested YouTube channel and travelling shows like Brain Candy with the host of VSauce, Michael Stevens.

It was Adam’s MythBusters career that drew my attention at a young age, eagerly bringing me into the world of science-made-fun. No matter what myth Adam and the crew were working on, he always brought enthusiasm and excitement to everything that they did, not only making the show itself fun to watch, but making the science and the scientific process that much more interesting as well. Sure, there were large-scale experiments like when they crashed two fully-loaded semi trucks into a compact car in an attempt to make it a pancake, who wouldn’t get excited by that? But there were also the smaller myths with much more everyday and far less flashy results, and he would still get super excited over finding results that clashed with his expectations.

It’s this desire to learn and understand, with a simple child-like sense of wonder and curiosity that I have always admired. It made me vow to keep my own sense of wonder throughout my own life into adulthood, and he taught me that you never have to stop having fun or enjoying what you do, even when you reach older ages. When you enjoy your work, it definitely never seems or feels like work, and it’s definitely important to keep finding time to play and have fun even when things seem too busy. Adam also genuinely seems to enjoy hanging out with his fans and meeting new people who share his love of science and fun. Every time I’ve seen him at a convention or meeting with people who are just excited to meet him, he always delivers the same enthusiasm back and perpetuates their excitement.

Adam has touched the lives of many people with his infectious attitude and love of science, and has become one of the people who has influenced me more than any other. If I had one thing people could learn from Adam, it’s that having fun is okay and encouraged, and life definitely doesn’t have to be taken so seriously, no matter what age you are. Be a positive force on others’ lives, and you’ll see how much it pays you back in the end.