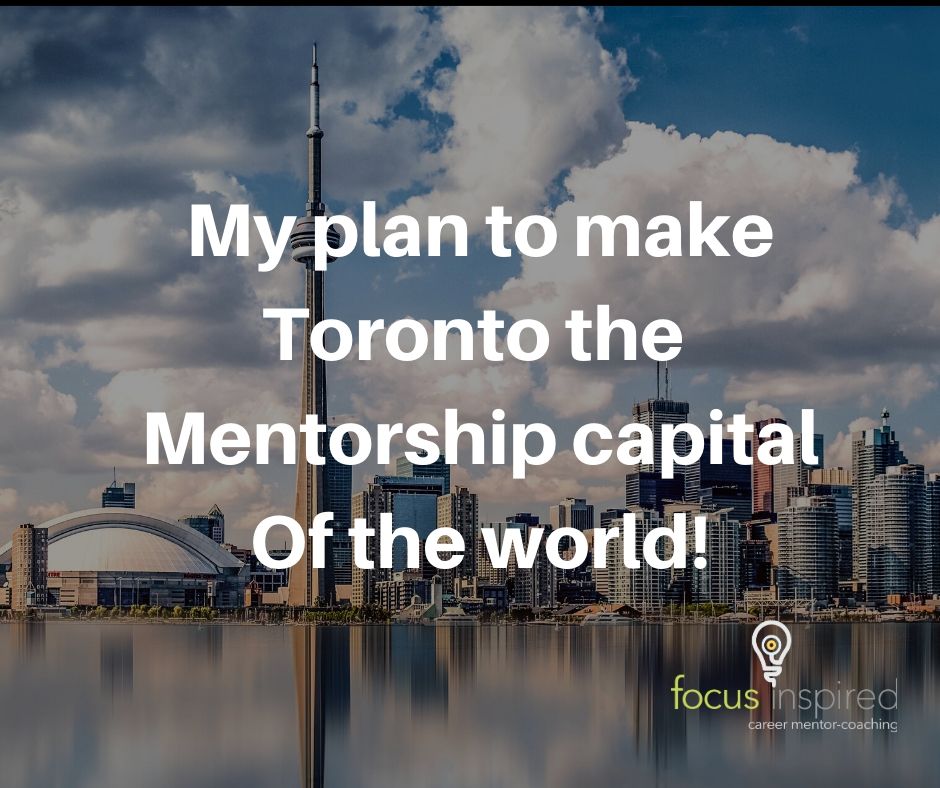 My plan to make Toronto the mentorship capital of the world

My plan to make Toronto the Mentorship capital of the world

Writing my book “Stuff I Wish I Knew Earlier” inspired me to put mentorship as a key part of how I enable success. If you think about it, mentors basically shared their “Stuff They Wish They Knew Earlier” with their mentees. The original plan was to create an inventory of all of the mentorship programs around Toronto. Help them to work together to share resources. And basically make it as easy as possible for anyone and everybody to get a mentor and mentee match. If I was to do that across the whole city then mentorship per capita, would be higher versus anywhere else in the world.

However, as I dug into mentorship programs, they were common problems that I saw. Generally speaking, the programs were constrained by the number of mentors that volunteered. If you were to take a poll of many season professionals, they would be happy to provide mentorship. However, Mentors are busy people and could support one maybe two possibly three mentees at a time. Mentors sometimes struggle with making a commitment as a typical mentorship program is 1 to 6 months long. Shorter commitments make it easier for them to invest their time. Longer commitments see more mentors dropping off.

So I thought that a more scalable approach would be to make Toronto the menteeship capital of the world. That would mean teaching students, young professionals or whomever the skills that were needed to seek out and find their own mentors. Going back to the notion that there are a lot of mentors out there who unfortunately don’t have the willingness to make commitments for months at a time. Having a single mentee reaching out to one, 10, 50 mentors would mean that each of those mentors might only spend an hour with that person a year where I was that person could basically have a mentor conversation every week.

One of the challenges is that folks often don’t know how to approach someone to be a mentor. So I thought to teach people the SIWIKE (Stuff I Wish I Knew Earlier) from previously being in the same boat. I would teach self-awareness to identify the areas that they want to improve. I would teach “how to network” and more than that, instead to build meaningful connections. I would teach time management to deal with the excuse of “I don’t have the time to find a mentor”. I would teach how to communicate more effectively, whether by email/text, or conversation or during a presentation. I would teach to learn how to learn so that all of these skills could be absorbed more easily. I would teach them about health for their body, mind and spirit. And possibly most importantly, I would look to help them with their own self-judgement, which is often the culprit for when it comes to anxiety, fear of rejection and other mental wellness concerns.

The activities started to align very well with my other goal to elevate education. So once the goal to elevate education starts moving forward then the “menteeship capital of the world” goal will automatically start progressing well. Testing workshops with student groups, not-for-profits, schools, institutions, companies and whomever else would be interested. Scaling the distribution of knowledge through books, online-courses and apps (plus podcasts and other channels in the future). Starting with 1 session, then 2, then 4, then 8 and so on.  Even manually connecting on LinkedIn to proactively ask how I could help. Basically doing anything and everything to enable people. Starting with students and youth in Toronto. Then expanding from there.

With all of these soft-skills enabled mentees, then they could crowd-source their own mentors. Connecting with folks that are of interest to them. Being curious and interested in their career journey. Asking for advice on what the mentor would do if they were in their shoes. How and why they made certain decisions. What resources and skills helped them along the way. Making sure that they follow-through on executing the advice being given.

Then at some point, I want to look at making it all official. Probably starting some sort of assessment committee to evaluate countries and cities on their focus on mentorship. That’s the stuff that I haven’t put as much tactical thought into yet. And then hopefully, be able to announce that Toronto is the winner and was voted mentorship capital of the world sometime before 2050.

Does making Toronto the mentorship capital of the world sound compelling to you? Feel that you have tried, passion or a need to collaborate with me? Feel free to contact me at luki@focusinspired.com