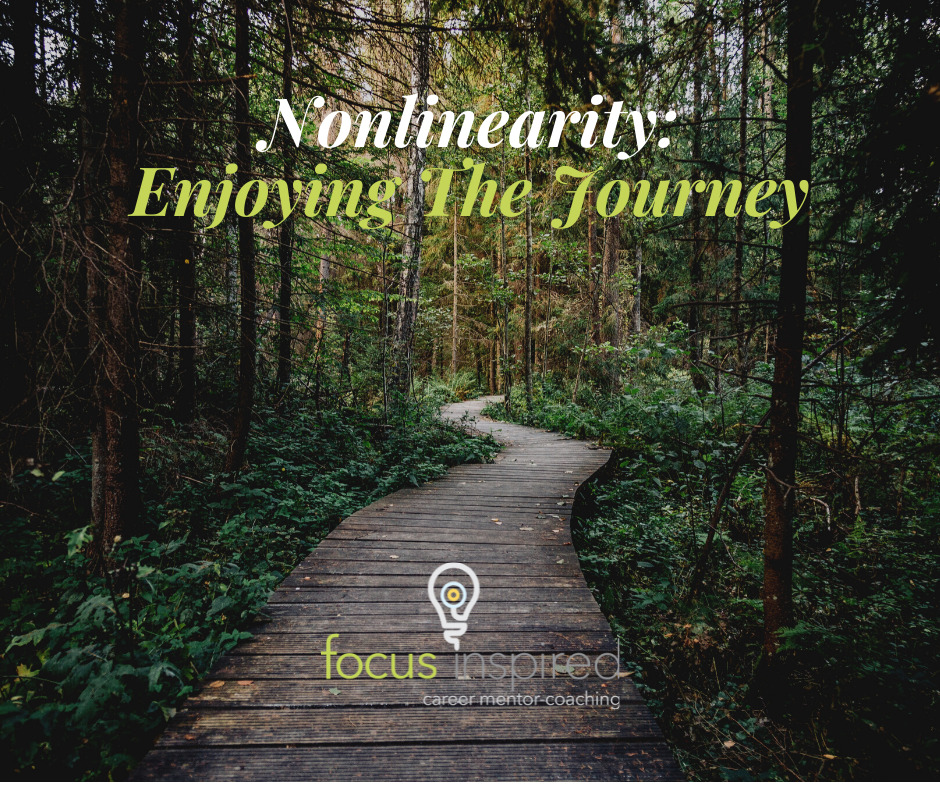 There is so much pressure these days to land yourself a solid career path. Especially when, like me, you live in a place like Toronto where the rent and cost of living is so darn high that you feel as though you have to start making money now or else you won’t get anywhere meaningful, struggling to make ends meet. People graduating high school are told that there is one option and one option alone: figure out what you want to do for your career, find a program in a reputable university (not college!) that suits your chosen career path, work hard toward that goal, and apply to as many jobs as you can fresh out of university and start cookin’. Get connections, start working your way up the ladder, be the best in your field, and climb to the top where you will eventually be CEO one day.

Alright, I will admit, it is a viable career path. If this is the way you think your career should go, I’m not going to sit here and pretend to tell you it won’t work. The sky isn’t the limit, go beyond that, all that wonderful inspirational stuff. If you do happen to land in the 0.5% of people who find that career path to be acceptable, that is wonderful news and I wish you the best of luck, but the rest of you are probably sitting there shrugging their shoulders having no idea how to get up the courage or understanding on how to achieve this cookie-cutter career path expectation.

The truth of the matter is, there is no such thing as a formula for success. The reason for that is because everyone has a different measuring stick for what success is. Sure, there might be some of you who believe that anything less than CEO by the end of your career is a failure, but that is a very lofty goal for some people whose minds simply don’t work that way. Why is university better than college? Why are you required to have post-secondary education at all? There are some very successful people who have made a name for themselves on high school education, some even lower. Did you know that Bill Gates never finished post-secondary education? He’s not the only millionaire or billionaire in this category. If you go by the standard that says you require a university education to succeed, then every one of these people are failures for never having completed a degree. Does that even make a lick of sense?

But sure, we’re still talking about CEOs here. Some people might be content with a job that allows them to get by, raise a family and feel comfortable enough to live in a small and cozy home with their partner while growing vegetables in the backyard. Does this mean they are any less successful than the CEOs? Again, it depends on which yardstick you choose to use.

Let’s imagine that the person who strives to have a cozy home in the countryside actually ends up being a financial mogul in the middle of Bay Street with a mansion smack in the middle of an urban centre. They work long hours, working all the time and rarely seeing their family, but raking in so much money that they could have whatever they want for the next decade. Did they succeed? Well, to some who choose to measure with money, there is likely no question that they have succeeded, but to those who measure with happiness, that person is probably miserable. Think about it, all they wanted was to live with their family, and all they get to do is work long and hard with very few breaks in between. Work is their life, and the quaint country lifestyle seems far away. By their own measurement, they feel like a failure, even though they have done everything that society suggests they should do. Because they didn’t listen to what they wanted and chose to listen to what was “expected” of them.

Let us return to the person fresh out of high school. Perhaps you are there right now, or perhaps you can imagine how you felt in that position. Did you know what you wanted to do? For the grand majority of people, the likely answer is no, but society’s expectation dictated that they must choose something that will give them a positive financial outcome, otherwise they would just end up with a job that doesn’t pay enough to support them. As the example of Bill Gates earlier proved, there is no such thing as the “correct” path to success. You don’t have to graduate from post-secondary school to be a CEO, and you don’t have to be a CEO to feel fulfilled. Heck, you don’t even need to follow a career path that has a “logical” next step. The most important thing when it comes to your next career move is how it fulfills your desires and needs.

I’m here to tell you that it is okay to not know what you want to do. Nonlinear career paths are sometimes some of the most fruitful in terms of learning what you want to do and how you’re going to get there. For myself, I have worked in fast food, retail sales, content writing, digital advertising, and most recently, IT support, and each of these careers have their own unique pieces that have added to the fabric that is who I am. Each of my jobs have taught me something new and contributed to the unique skillset I bring to each and every position I hold, and I am often surprised at how often the skills transfer, despite the fact that they sometimes feel completely unrelated.

I was that person who had difficulty discovering what they wanted in school, and it was this difficulty that meant that I had to spend a much longer time figuring out who I was compared to others around me. I used to be ashamed to say that it took me nine years to complete my undergraduate degree, but now I look at it as a part of who I am and how I grew as a person, understanding who I was and what I was meant for. Everything in life is part of your learning experiences, and it’s important not to discount them.

Listen to your heart and follow the path that speaks to you, even if it feels nonlinear or against the grain. Chances are, you will find yourself to be much more successful when you choose to use your own measuring stick, rather than the one society told you was the correct one.