Secrets of the job hunt – from a recruiter’s perspective 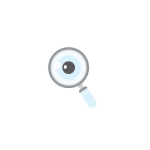 Have you ever wondered what happens after you complete a job application online and you hit submit?

That is often a black box where you only know if something has gone well if they reach out to your for an interview.  And you may not even know that things didn’t go well only if the system is set up to send you an automated “Thanks for your application but we’ve filled the position already” email.  While recruiting processes are not always the same, this post is first meant for you to understand at a high level what recruiters would typically do with your resume.  So what does happen after you hit submit and how an interview is determined?

And that’s it!  At least at a high level and in its most general sense.  Now you know what happens, so you can now make adjustments to your applications appropriately.

We’ll share ways on how to improve your chances at each step in future posts!

We are career catalysts looking to initiate the reactions that would not have otherwise happened towards your career success. “Personal trainers for your career” helping you turn knowledge into results!