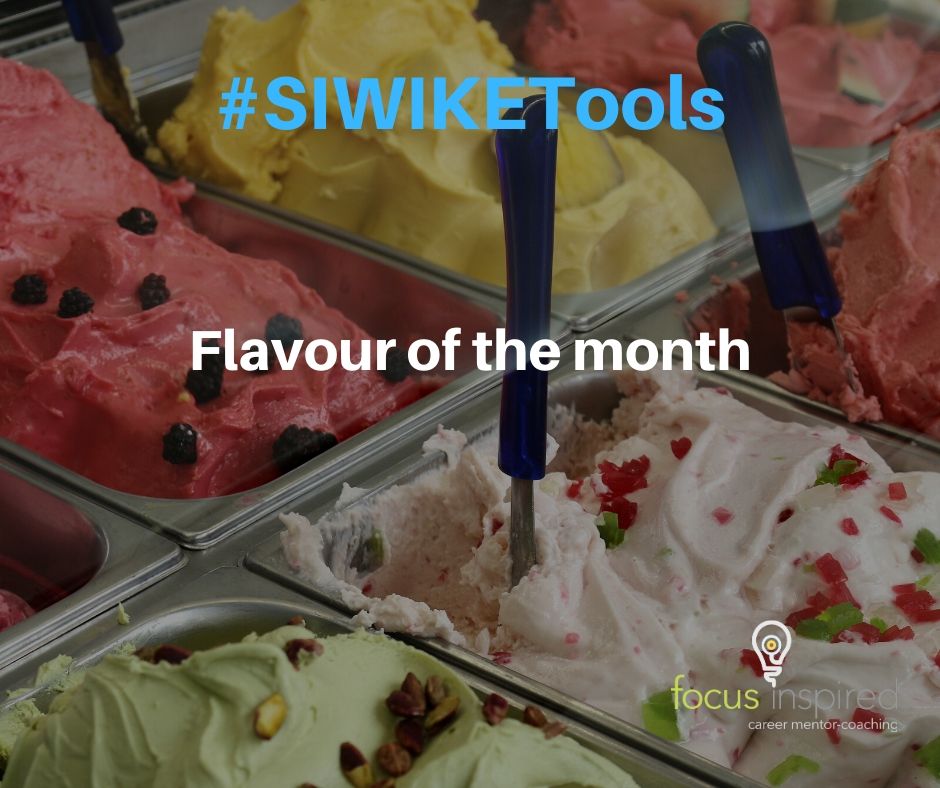 SIWIKE tools : Flavour of the month

Do you have a fear of missing out? People sometimes call that the FOMO factor. Do you have way too many options to take your career direction? Those are symptoms of the same problem that can often be relieved by taking inspiration from an ice cream shop.

If you’ve ever bought ice cream at a shop often times the ice cream shop would have a “flavour of the month”. That would be a featured flavour that they want to give focus for that particular time period. You can extend the concept for all of those things that you’ve been wanting to do. Pick a “flavour of the month”. Out of the 5, 10, or 100 different things that you want to do, just pick one. It doesn’t really matter which one that you picked. Choose to spend your time on that particular focus. If you’re tempted to do one of the other things then tell yourself “that could be a flavour for the next month.”

If you feel that what you’re doing really isn’t for you then you don’t have to wait a whole month to stop it. So you should give it its fair opportunity and make sure you give it a few shots. That could be a few days or a few weeks. You can put an end to that flavour early.

By the same thought, if you are really enjoying and into this flavour, you could extend it and make it the flavour of next month as well. Make sure that it is definitely compelling and a “Hell yes” for wanting to do it, instead of a “that’s kinda cool”, which is a more lukewarm response.

You should also consider reflective writing during the period so that you can note areas of interest, curiosity, excitement. Then you can look out for those same or similar areas for your next flavour. The reflective writing can inform you and help you prioritize which flavour you choose next.

The benefit of this tool is to alleviate your FOMO factor because you’ll get to all of the different things that you want to do, just not now.

What will be your “flavour of the month”? And yes, in Canada we spell flavour with a -u.