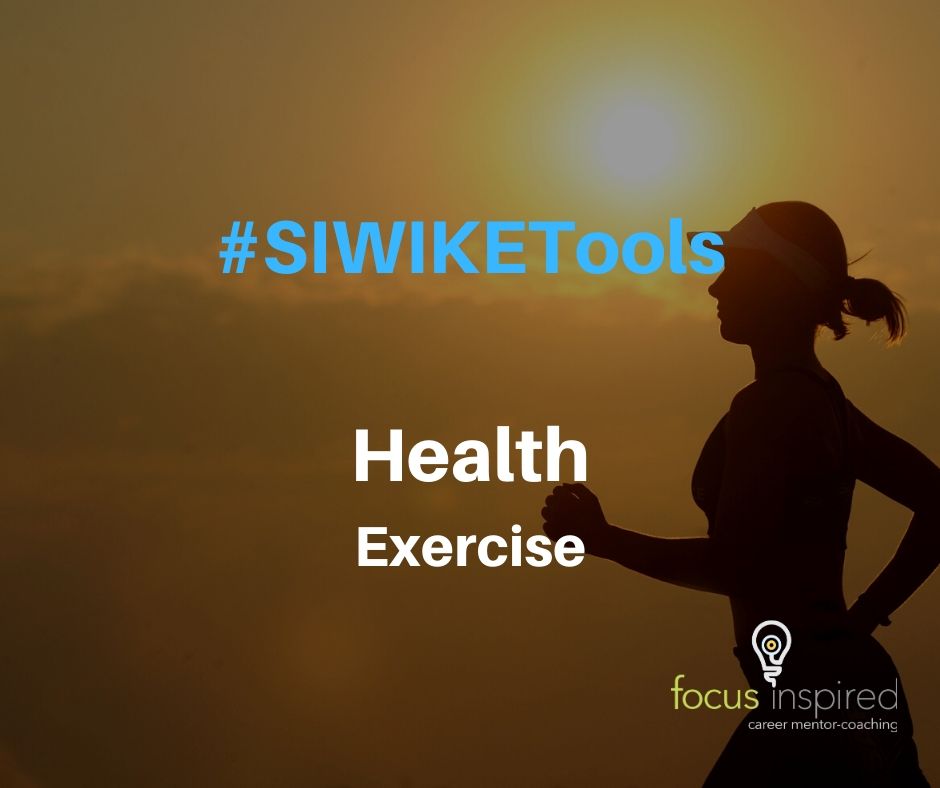 Exercise is often a goal for those looking to make a New Year’s resolution as well as those looking to take control of their lives and careers. Unfortunately in today’s world where many of us are sitting while studying in class while doing our work, while relaxing and watching our favourite shows, exercise is often not a top priority. I’ve come across a few useful tips and tricks that can help with increasing the level of exercise included throughout the day.

I was at an event at the university and the athletics department did an exercise break. They ask for volunteers for a push-up competition. A whole bunch of the “kids” (students) who were 18 or 20-something Came up plus me the 40-year old. When I had to unbutton my sleeves in my coloured shirt they understood I meant business. Over 50 push-ups later and I was the last man standing. Or pushing up as it would be. Unbeknownst to them, I cranked out 70 push-ups earlier that morning.

I don’t say that to brag, I only say that to express the opportunity. I started almost two years ago With 10 push-ups. I did them daily, shortly after I woke up. And every few days I would add two more to the mix. 10 became 12. 12 became 14. Then it usually plateaued every multiple of 10 or so. So after a few weeks at 20, it became 22 and 24 and so on until it eventually hit 70. Keep in mind that it was almost two years in the making. Those efforts took me less than five minutes every day. The key was consistency. I might have taken a day off here and there. And I would make sure that the next day I definitely did my push-ups.

You can spare five minutes a day.

When I used to be in a building with an elevator, one of the exercise hacks I used was to get off one or more floors early then take the stairs for the remaining flights. To significantly increase your step counts you could also walk down the stairs multiple flights which can be much easier than climbing up.

Apply that to taking transit and you could get off one stop early. Generally, it’s about a 10 to 15-minute walk between stops. With a healthy dose of exercise included. Just make sure to pick the right area to get off. You don’t want to do so in an unsafe neighbourhood. So it’s likely you’re going to be in that neighbourhood area so probably no way to get around it.

During the day we spent a lot of time waiting. We can take advantage of these little gaps and add some exercise into the routine. While standing in line to wait for food at the food court, you can flex your abdominal muscles. Or stretch your calves. While on-hold waiting for a phone call, you can do some push-ups, sit-ups, squats. While waiting for someone, take a brisk walk or light jog or even full-on sprint to the other side of the room (depending on how many people are around).

Reflect on your day and note any time that you were waiting. Think about how you could add 30 seconds or five minutes of exercise into whatever you were doing at that time. You might not be able to build a gap have it for every single moment you’re waiting. Getting a few productive minutes or seconds and your day can add up over time.

An approximately four minute exercise regime where you spend 30 seconds (times seven) with a five second break in between to get a high intensity cardio workout. The body weight exercises can differ and you can do jumping jacks, running-on-the-spot, burpees, whatever else. The catch is that you do the exercises “all-out”. As fast as you can, as hard as you can, as intensely as you can. Then you take a 5, maybe 10 second break. Then the next exercise. Remember “all-out”.

You’ll be surprised how winded you are in 4-minutes. And the benefit is generally speaking you don’t really break a sweat, so a shower is not necessarily needed (though that’s not true about everybody or at all times of the year). But your heart is definitely going and your muscles tend to be sore. Though not for long.

You can obviously still do the traditional things like going to the gym, going out for a run, joining a pickup sports session. Either just some suggestions on how to incorporate some more movement into your everyday life. What other exercise hacks and suggestions do you have?