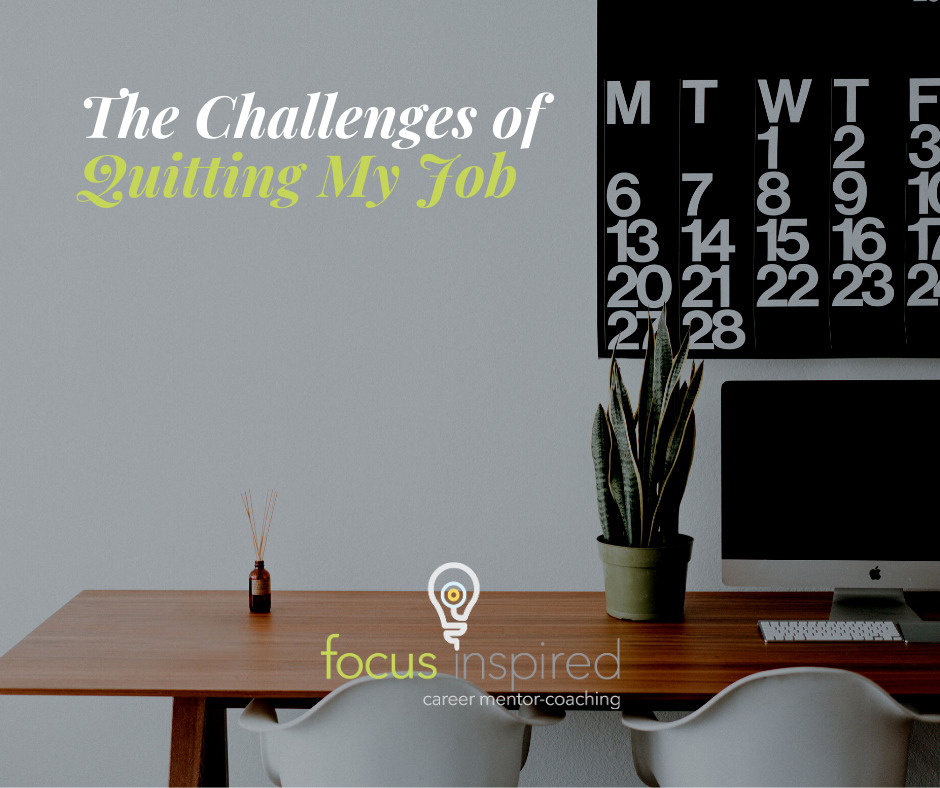 The Challenges Of Quitting My Job

When it comes to quitting your job, especially when doing so because you are starting a new one, there are a few general “rules” you have probably heard are considered a courtesy to the workplace you are leaving. These include:

These are common in the modern workplace because it allows the workplace you are leaving an opportunity to reorganize themselves and transition to an operations structure that doesn’t include you.

I provided my letter of resignation to my current employer two weeks ago, and two days ago (Friday) was my last day in that position with tomorrow (Monday) being my first day in the new one. The first challenge that arose for me was in writing the letter itself. Luckily for me, I had done most of the hard work from previous resignations, and I simply used those as a template for finalizing my resignation for this job. The good news is that none of the workplaces will know or care that you used a similar resignation letter to previous jobs, so tweaking it to be specific to your current workplace is usually all it takes. For this reason, writing a resignation letter is usually only hard the first time, but even then the letter I prefer to write can be broken down into a few distinct sections:

Obviously, this is just the way that I like to write my letters, but truthfully there is no right or wrong way of doing it so long as you are indicating that you are resigning somewhere in the letter while also providing an indication of when your last day is.

The bigger challenge involved to whom and how I would be resigning. Unlike other organizations where you had a clear manager that you could hand your resignation to, I worked in a small startup company in a semi-managerial role where I had to report to many different people as someone with an overarching role in how the organization functions. While in theory this meant I had a bit of a choice in who I would be handing my letter of resignation to, there were some managers who would be more ideal than others, and not just from an “easier to talk to” standpoint. There was also the challenge that because many of the managers were taking turns being in the office during the COVID-19 pandemic, I wasn’t quite sure who I was going to get.

On the day I handed in my letter of resignation, it turned out to be the CEO of the company who ended up being available. Of course, for most companies this is unheard of, but being a relatively small company having only three real levels of management structure with myself being in the middle, I knew pretty well everyone at the top and talked to them fairly regularly. I had thought about what I was going to say prior to handing in the letter, but the best advice I could give when I finally gave my speech was that it is best to just let it come from the heart. You can generally have a few things that you would like to say thought out ahead of time, but in the end, you are simply there to inform the person, and they should usually be understanding and accommodating. They just need to know that you are leaving and when it is happening, and the rest is up to you. I ended up thanking him for the time I spent in the company and for how much I had learned and grown in my time there, and he responded in kind by thanking me for my time and service in the company.

For me, what followed involved working with HR with a fairly quick turnaround for putting out a job description, interviewing candidates, hiring someone, and training them all in the span of two weeks. Although it was tight, we managed to find someone by the end of the first week with my help, and the second week involved training them to ensure they understood everything that was needed to complete the job I was leaving behind. By the time we had reached Friday, I was confident that he knew everything that he needed to know to accomplish what I had done, and I had given him the supports and resources he could use should he have any questions or concerns that needed addressing. I was comfortable that I had done everything I could do to set him up for success. In the meantime, I performed everything up to the same level of excellence that both the company and I expected from myself during that time. I have always taken great pride in my work, and to leave without having done my best simply would not have sat right for me.

Naturally, everyone’s journey will be different depending on the type of work you occupy, the company you work for and who you are as a person, but I believe that many of the challenges remain the same. Writing your letter, presenting your letter, and performing in your last two weeks with transitional job duties are likely always going to be your biggest challenges when leaving any place of work.

Do you agree? Have I missed anything? Consider your own workplace and your own potential set of challenges to see if they match closely with mine. If you consider it closely, you too will likely find it easier when it comes time to make a shift in your career.