The ONE THING you need to do to have a great career! 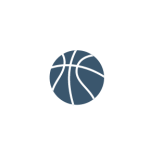 “Play basketball, not baseball”
Before there is an uproar by baseball fans, let me provide a little bit of context.

The analogy I am are trying to make is in relation to Michael Jordan. For those that are not familiar with MJ, he was arguably one of the most successful basketball players off all time. He played in the NBA from the 1980’s to the early 2000’s winning multiple championships, MVPs and many other awards (perhaps the most decorated of all time?). This short overview does not do justice to his accomplishments, but the other interesting part of Michael Jordan’s story, is his career change into baseball in the middle of his basketball career. His short-lived career switch to baseball was largely attributed to his father, who had always envisioned his son as a Major League Baseball player.

With that brief context, let’s get back to our analogy “Play basketball, not baseball”. My belief is that there are far too many people out there who are playing their “version of baseball” in their jobs/careers.

… chances are, you are playing “baseball” or maybe even some other sport that you are not really interested in.

I myself was in the situation of playing “baseball”. My degree in computer science was inspired by my father (who worked in technology). Also by my friends (most of which were taking technical degrees). Lastly by a market that was calling for it (the start of the dot-com bubble). A career in technology was something that I was good at doing. But as I came to realize later, there was something that I was even better at. Back to our analogy, Michael Jordan was a good baseball player, anyone who can get to the ranks of professional athletes can definitely be called good. Unfortunately, he wasn’t a great baseball player in the sense that he had far more potential to achieve based on his athleticism. In his baseball career, Michael Jordan did not reach his own individual potential in receiving the awards, accolades, or achievements that we know he was able to obtain as a basketball player.

The opportunity: for those of us looking for a great career

Differently than Michael Jordan’s story, many of us start our careers playing “baseball”. Whether it was following in the footsteps / aspirations of our parents, the influence of other family and friends, or market conditions at the time, everyone has a reason for why they have ended up (or will end up) where they are.  So we end up being good in our careers, better than average – playing our “baseball”, but imagine if we could all truly have a great career (and play our “basketball”)…

Isn’t playing “our version of baseball” fine? That could still be worthwhile…
Yes, of course it could. A baseball career in the minor leagues and eventually making it to the majors would have been a good accomplishment. But what if we could further maximize our potential… For a minute, let’s consider if Michael Jordan started out on the baseball path. If he started his career in baseball (let’s say his father’s dream trumped his own passion for basketball). And if he never made a career of basketball, we might not know anything about him. He probably would have led a reasonably happy life in the minor leagues. Hopefully getting into the majors.

But unfortunately for the rest of the world, he would have likely just been an unknown statistic. He would not have had the great accomplishments that we know that he was able to achieve. He would have continued on to have a career as a good baseball player, which as we know now, would have been a loss in relation to his potential: one of the greatest basketball players in history.

So for you, you may be a very good financial analyst, account manager, developer, project manager or whatever. But what if you took your love of numbers as a financial analyst and applied it to marketing. Then took that interest to became one of the industry recognized analytically driven trend spotters. Or took your skills as a project manager and became a wildly successful event planner for celebrities. What if you were able to achieve your potential?

What this analogy is not saying is “follow your passion”. As Steve Jobs’ said in his widely circulated address to Stanford, “the only way to do great work is to love what you do”. Which has a subtle difference to another common piece of advice that is: “follow your passion”.  Passion tends to consume you.  You do it because you love it, and do it in spite of the situations that places you. So becoming that analytical trend spotter would be a passion IF you would do it irrespective of whether you are recognized or not. Or if event planning was your passion then you’d do it for local weddings and community organizations if celebrities were not calling.

For those early in their careers, this is a double caution as you probably have not even experienced enough in your life at this point to know what your passion even is. And an interest is not a passion. So for those early in their career path, I would ask you to not be fool hardy in your career decisions. I personally took 12 years to find my “version of basketball”, and hopefully you won’t take that long.

Improving the world, one career at a time

I believe that I have found my “basketball” in career mentor-coaching, along with the rest of us at FOCUS inspired.  Our mission is to help everyone play “basketball”, one career at a time.

First in the Career Potential series of posts

We are career catalysts looking to initiate the reactions that would not have otherwise happened towards your career success. “Personal trainers for your career” helping you turn knowledge into results!