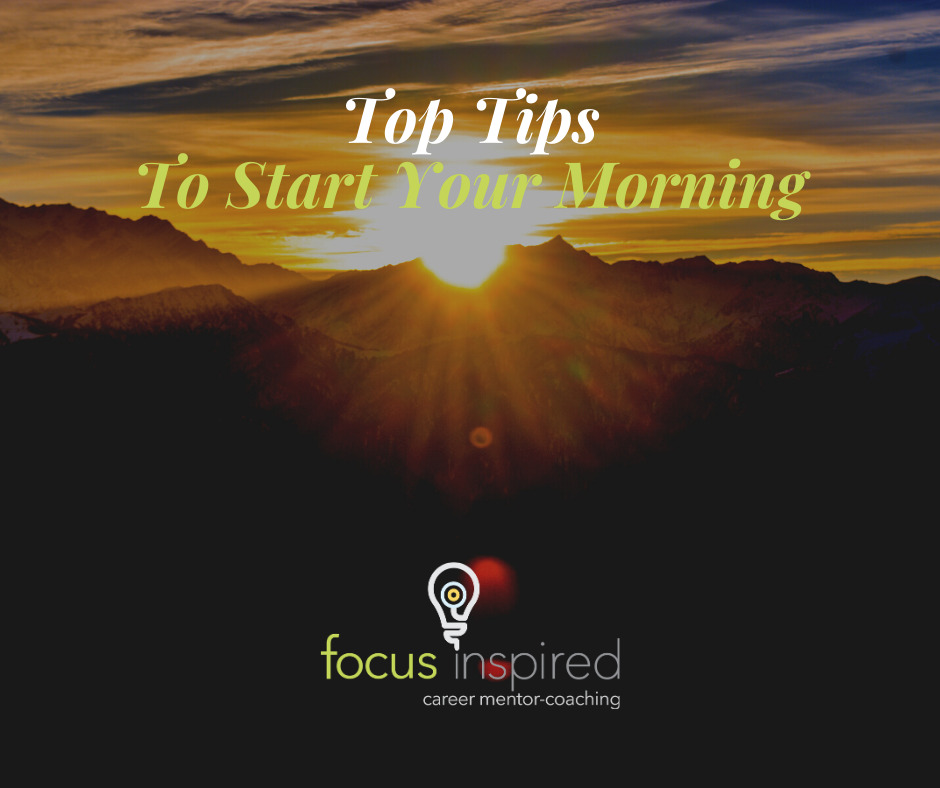 Top Tips To Start Your Morning

About half of all of us generally prefer to live what society calls “normal” internal daily rhythms, generally following the pattern of the rise and set of the sun, with some small variation on either side. Another quarter of us are considered to be night owls, generally preferring to operate towards the latter half of the day and into the night, and find themselves to be more productive in those times. Only the remaining quarter of the population are considered to be “morning people” who find their energy in the earlier parts of the day.

A full three-quarters of us find waking up in the morning to be much more difficult, and some more so than others. What one might not realize is that there could be other things that are contributing to their inability to wake up in the morning, and it has to do with some of the things we were once told were helpful to us, but might actually be hindering us instead.

Take your blaring morning alarm for example. Nobody wants to be woken to the sound of screeching or noise, and indeed, it’s simply not the natural way our bodies are used to waking up in the first place. If you didn’t have a job or children and you had to wake up on your own without any of the modern capitalist pressures on your mind, your body would be much more naturally attuned to the patterns of the sun. This is the thinking behind the sunrise alarm, which allows the light in your room to gradually fade in similar to how a normal sunrise might light up your space, allowing your body to wake up according to its natural rhythms.

While we’re on the subject of alarms and things that wake us up, reading early-morning messages or notifications on your phone is a surefire way to ensure your day starts off poorly. Even if the notification is for something that you enjoy, it still wakes you up prematurely and engages your brain right away. This is a similar principle to the alarm, as it jars you awake and requires you to make instant decisions and think immediately. Our minds are not designed for these instant varieties of wake-ups, and as a result, will often leave you feeling tired for the rest of the day.

Now that you have woken up gradually, you’re ready to take on the day…well, not quite. You may have a list of large things that you have to accomplish in the day, but you probably have a list of nags that get to you first. Remember, if you’re still in the process of waking up for the day, you will have less brain power than if it were later in the day, and that means the small things will weigh on you more than they will later in the day. Rather than put them off, take care of them right away: put those dirty clothes you had been meaning to get to into the laundry basket, restack the pile of books that had fallen over on your desk, organize the slowly growing pile of mail that has been accumulating on the kitchen table. Whatever it is, clearing it from your schedule allows you the freedom of the space it once took up in your brain, giving you a morning that is less focused on stress and more focused on waking up.

There are a number of extra things that could contribute to making your morning a more positive one, and each set of things could vary from person to person. Find the things that you find are stressing you out more in the morning and find ways to alleviate them. You may find that mornings could be a bit more bearable as a result. Who knows, it may even be the reason the morning person you’re familiar with is even able to function in the mornings. Talk to them, see what strategies they use and see if there is anything you can adapt to use as your own. You may just turn into a morning person yourself!