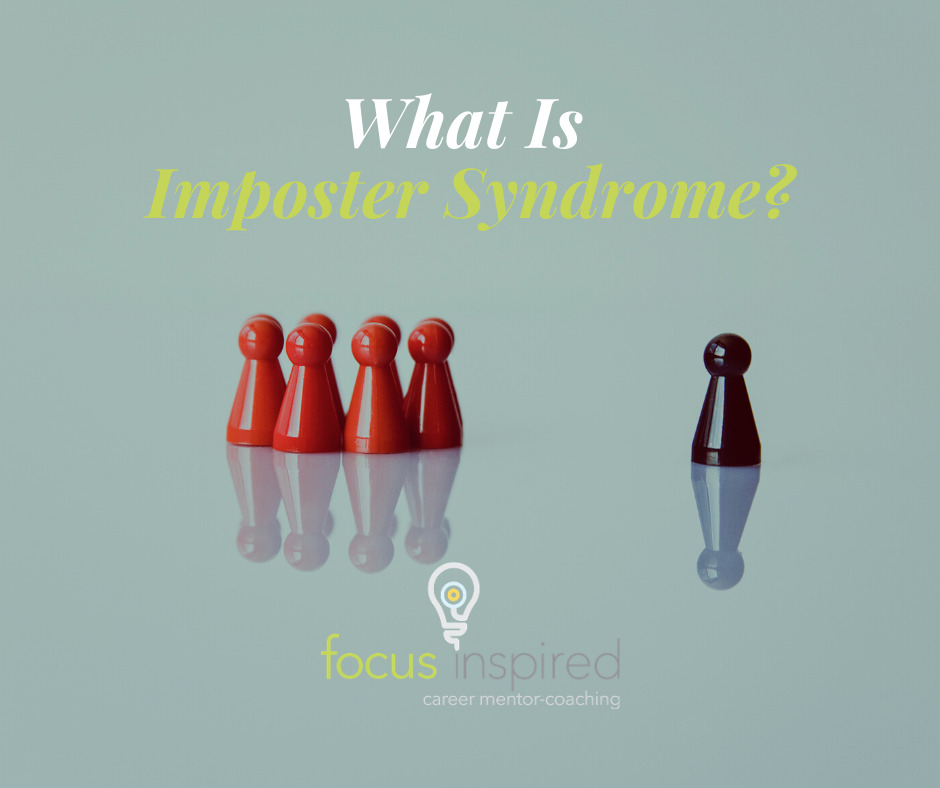 What Is Imposter Syndrome?

Are you an overachiever who constantly doubts their ability and puts themselves down? Someone who sets lofty goals and constantly gets disappointed by not reaching them? Constantly has people telling you that you are performing better than you give yourself credit for, and then quietly sweep the compliments under the carpet because they couldn’t possibly be as accurate as they say? You might be a prime example of someone living with imposter syndrome.

Imposter syndrome is the constant nagging feeling that you don’t belong to something, whether it be a social group, workplace, or something else where you might believe there are things expected of you. This is most commonly found in the workplace, with people believing that someday, someone will come and find out that you didn’t actually have the skills you needed to perform he job at all, and that all along you were flying under the radar doing subpar work. It’s important to note that this is different from when someone knowingly manages to sneak into an industry with a poor skillset; they are usually certain that they don’t belong and have managed to plant themselves in the industry through underhanded methods. The difference between this type of person and someone with imposter syndrome is that they could very well be very good at what they do, but they FEEL as though something is wrong or they don’t belong.

This is especially common among new graduates when they first enter their field of study. Many people just getting into their first job will often feel as though they are not doing enough and that there are many people with much greater skills all around them. To some degree, it is normal to feel this way, as it can be intimidating entering a new workplace or getting into your field for the first time, but for most people, this will eventually go away after they gain experience.

My first experience with imposter syndrome came when I shifted jobs at my current workplace. Originally I started as a Content Writer for a small startup, but upon shifting to my current job (something I had never done before), I started to feel on edge as to what I was doing there. Yes, my employer had selected me to carry out this position, but I felt as though I hadn’t the first clue as to what I was doing and wasn’t sure if I belonged.

After a short while and a little bit of training, I got used to the work and started to perform well. I slowly started to understand the reasons why my bosses decided to put me in the position and gradually became much more comfortable the longer I performed it. I was also very lucky to have a supportive team around me who was very patient in the learning phase while I got used to what needed to be done, and I think it was a very important part of accepting the fact that I could do this job with little issue.

What can you do to help imposter syndrome? For starters, it really does help to learn how to accept compliments. If your coworkers are happy with your work and decide to reach out to you to acknowledge it, it’s usually for a good reason and shouldn’t be ignored. Similarly, if your bosses are pleased with the work that you are doing, then you are also doing something right, even if you claim to “not have the skills” needed for the job. At the end of the day, if you are performing up to the standard, your bosses will let you know, and if they don’t, feel free to ask! They will always be thrilled to hear their employees asking for constructive criticism and progress reports, it truly shows that they care about their work and want to do it well. Just be sure not to do it too often as it will tend to have the opposite effect.

While imposter syndrome can be tough to overcome, you should certainly understand that you are not alone. Everyone has probably dealt with it in some small way, and talking to your friends or colleagues can help you to put it into perspective. It might even give you a new friend in the process!

Just remember, you’re not alone, and you never have to deal with anything on your own. If you are ever feeling overwhelmed, I would always suggest finding someone to talk to, as it is probably the best way to feel as though a burden is lifted off your chest.