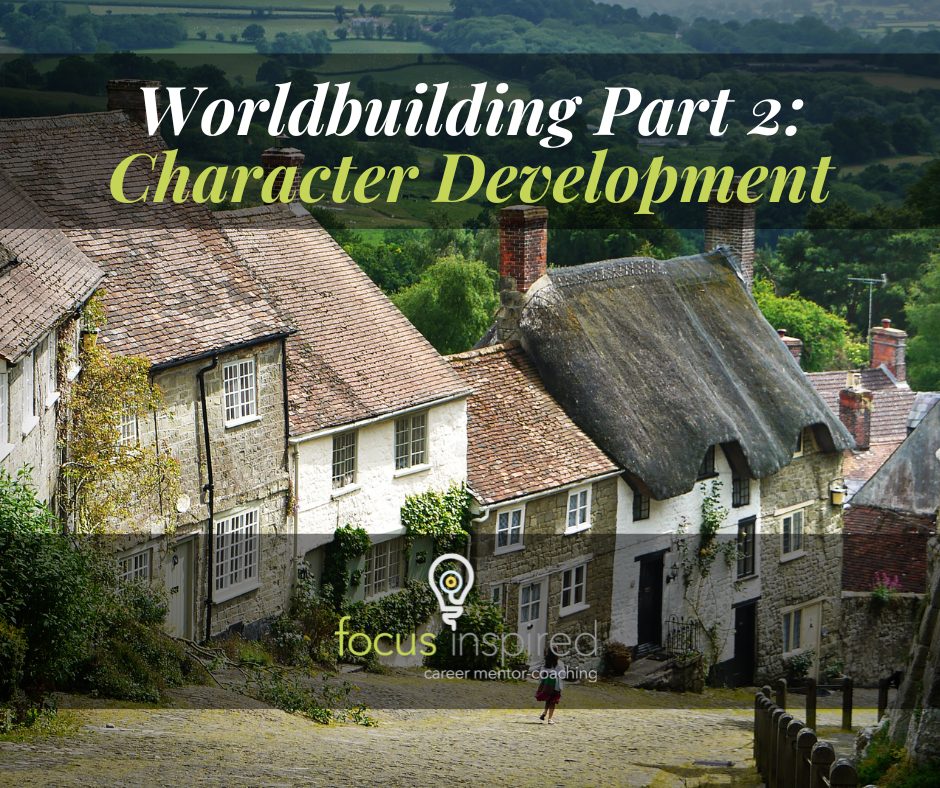 Welcome back to Writer’s Corner! Today, I am excited to bring to you part two of our worldbuilding series, talking about character development. A story cannot survive on setting alone, no matter how well-built or detailed it happens to be. At the end of the day, a story is driven by the characters living in that world, and having shallow, uninteresting characters because you spent all your time developing the mountains, villages, monsters and magic is just as much of a death sentence to your story as leaving it the other way around. Some people might consider character building to be boring and separate from setting building, but they are very much one in the same and should be completed simultaneously.

Here is what I mean. Suppose you’ve decided that your little village in the mountains needs a waterfall nearby. Consider our butterfly effect model from the last blog, how does this change affect the characters?

Let’s suppose we have a character, Roger, who has grown up in a little village near a waterfall. The cascade of water never stops, so the roar of water will be a constant presence in Roger’s life, to the point where he may find it difficult to sleep without the comforting sound of falling water. When Roger visits another town, he wonders how people can stand it and feels restless. Additionally, the large volume of water flowing into his valley created a small lake, where Roger has learned how to sail and fish to feed his village. As a result, Roger’s family and village tend to be quite fit, and both the men and women have stronger upper bodies suited to a hunter-gatherer lifestyle on the water. Being a good swimmer also helps! The waterfall inspired Roger to become an incredible artist, and his works have been requested by the whole village when it comes to detail work on their homes, or murals on their walls. As a result, Roger has no trouble finding ways to make income, and is part of the upper middle-class in his town.

When his village is in trouble and Roger has to fight to save everyone, he is not very well versed in fighting. His hunter-gatherer lifestyle on the water makes him most proficient in throwing a spear or a javelin to catch fish, so this tends to be his weapon of choice. Although he is untouchable in the water, on land he is out of his element, and tends to be slower than most, but his proficiency in the arts and in the many skills required to sail a boat, he finds he is very good at crafting clever traps or contraptions. Of course, these traps are not what he is used to crafting, so most of the time something still goes wrong, but with practice it becomes a very useful defensive skill.

This is the type of character building that is possible when you consider characters while crafting your setting, as every little detail can matter. Soon, you’ll find you have characters with lots of depth naturally with this method, taking into consideration how each feature can affect your character’s personality or lifestyle.

How do you build your characters? What motivates you when it comes to character development?