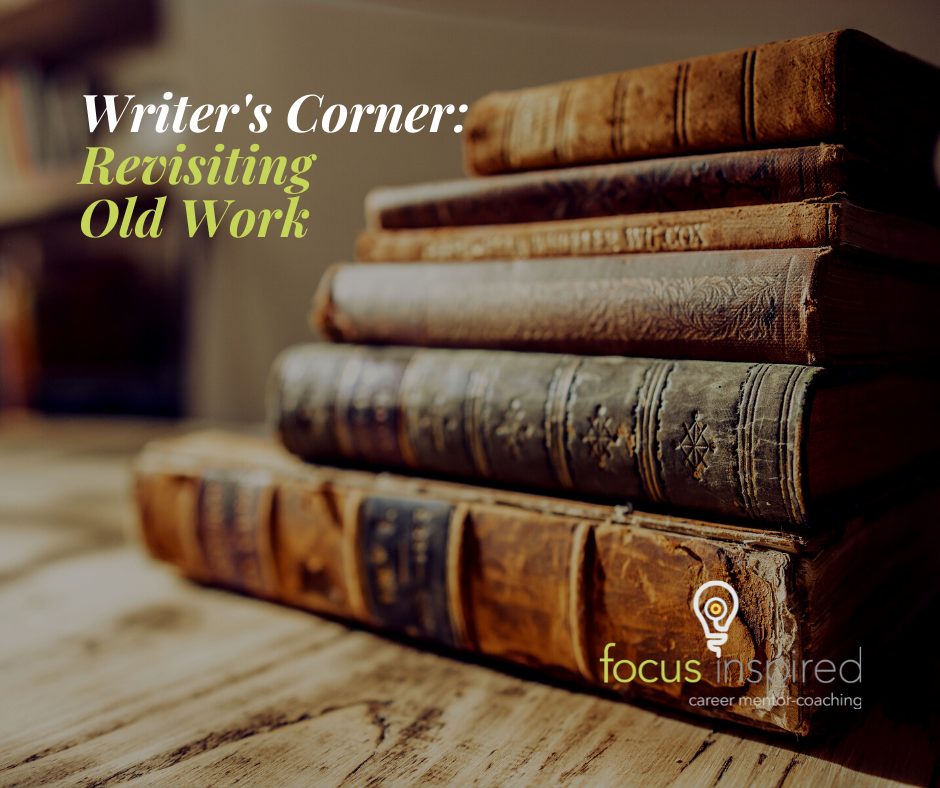 When I took courses in university, I was very fortunate to be part of an excellent minor in creative writing at my school. It was there that I had the wonderful advantage of learning under the guidance of several excellent professors and teachers, and a large number of very talented peers and friends. One of these people is even an up-and-coming author who has already won awards from the province of Ontario for her outstanding first published novel. It was a very fun and fascinating time in my writing career, and it allowed me to put together countless different types of works using several prompts to get me going. Overall, it was a very interesting and exciting experience that I look back on very fondly.

Recently, I took the opportunity to go back and read some of these pieces. If you’ve read the previous Writer’s Corner, you would understand how I’d often be my own worst critic when it comes to my own writing. Like it or not, I would tend to go into a reread pessimistically, thinking that there would inevitably be problems with the writing itself that would cause it to be substandard or poor. Most people will often be critical of their old writing, because you will likely have progressed as you produce more, improving and adjusting as time goes on.

Although I did find that there were many problems with how I wrote previously, I was pleasantly surprised to find that there were some aspects that I found to be an improvement over some of the current things I write today. It’s not exactly a fair comparison, since fiction writing tends to be a lot different when compared with blog writing and the like, but there were still stylistic choices and phrases that I quite enjoyed that I had forgotten I had used until the reread.

At this point, I very well could have put it down and let it gather dust again, but I think there is some value in revisiting old ideas from time to time to see what you would do differently the next time around. The way that I find I write the most creatively is when I have a blank sheet of paper and nothing to edit, so I decided I would read the story a few times and write the same story from scratch, following a generally similar storyline, and see what comes out of it.

The results were fascinating, and seeing the stories side-by-side, I could definitely see differences and similarities between my old and new ways of writing. I could see where I had been sloppier and other areas where I had tightened up. I think it’s a very valuable exercise for any writer to see where they are and where they are going, and if there is anything that you had unlearned that you would like to return to.

What do I plan for the next step? Likely trying to merge the two into something that might end up being even longer, with old and new ideas merging together into something superior than both of them, finally tightening it up in the end with a last run-through for edits. It actually got me excited for some old concepts and ideas, and I think I may want to revisit them again in the near future for a few times when I may just want to sit down and just write for fun.

Revisiting old writing isn’t always returning to a graveyard of cringe and atrocity: it can teach you valuable lessons about how your writing has evolved, and maybe in some ways that you never intended.