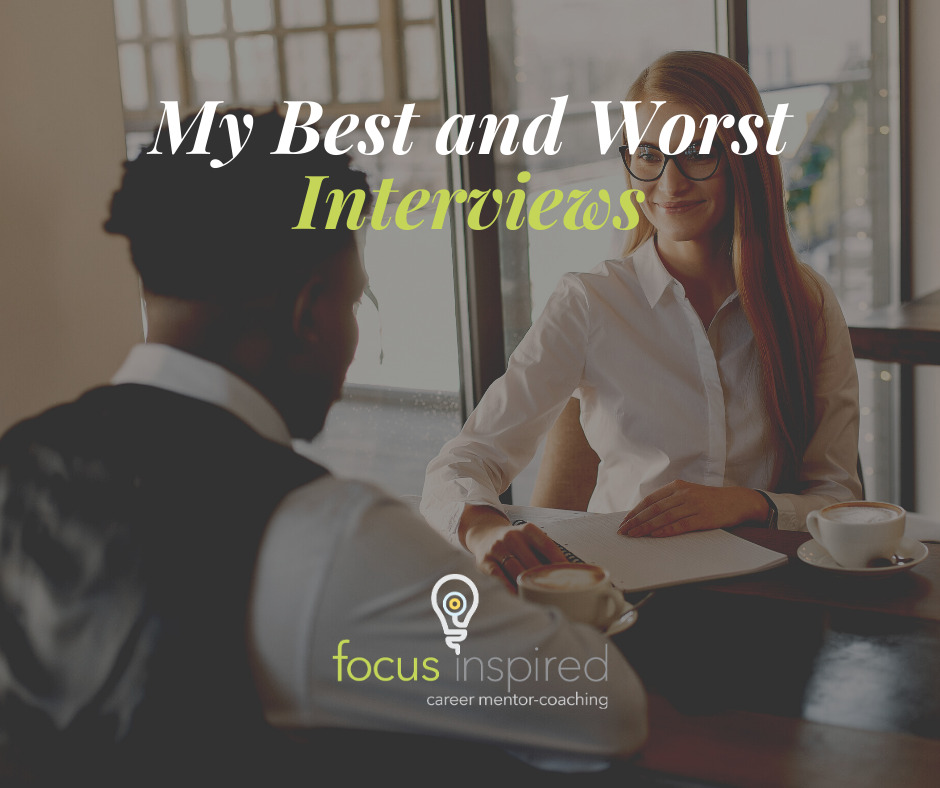 My Best And Worst Interview Experiences

It’s only natural to feel nervous about interviews. No matter how many you go through, it always feels like your mind will create the worst case scenario, where your next potential interviewer is an intimidating, suited businessman or woman behind an imposing desk. By the time it’s your turn, they will have completed nine other interviews before you and will look at your resume with mild disinterest. To impress them, your ten minute time slot has to be flawless to stand out from the rest.

The truth is, interviewers aren’t perfect, and most don’t act this way. They are human beings just like you and me, and they have the potential to feel nervous too. Realizing this fact will help you go a long way to realizing that they aren’t trying to throw you off, as it simply isn’t in their best interest. They are ultimately hiring you for your best, not your worst. These interviewers will likely have a set of predetermined questions which become fairly predictable given enough interview practice. There might also be questions considered to be “unusual and effective” like “What do you consider to be your greatest weakness?” which have become so commonplace that it’s rare for them not to be included in interviews anymore. This question in particular is one that I have had to answer in every one of my interviews to date.

You can more than likely settle into preparing for a generic interview, and you will probably have 80% of their questions answered. Turn your interview into a conversation, and you are showing that you are personable, good with people, and generally easy to work with. You are far more likely to get a job if you create a genuine connection with your interviewer than if you simply answered all of their questions with canned responses.

My best and favourite interview involved a face-to-face meeting with the manager of a retail store. She welcomed me to the interview and thanked me for coming, returning my excitement to be interviewed with a genuine smile and a warm handshake. She asked if I would like a refreshment or if there was anything I needed before we got started, and I politely declined. Instead of launching directly into her questions, she started a conversation with me, asking me about my day, and if I had any trouble getting to the interview. I realized afterwards that by the time I had finished answering the question, she had already learned about how I would travel to work, any traffic issues I might encounter, and if I would still manage to be punctual despite potential travel problems. The interview itself played out largely like an extension of that conversation, where she took a genuine interest in what I had to say and allowed me to talk on subjects I found easy.

I have never felt more at ease in an interview before, and it was the only interview where the manager initiated a conversation with me instead of sticking to a script. It not only made me feel confident about my performance, but also made me feel good about the manager with whom I would be working. One might forget that an interview is not just for the employer to get to know you, but for you as the interviewee to also see if an employer is a good match for you.

This was certainly a factor in the worst interview I have ever experienced. I was initially screened-in through a representative in human resources by phone. After asking and answering a few questions, I was given an email with the date and time of my Zoom meeting with the hiring manager. The HR representative requested that I be ready for the call five minutes early so the manager could accept me into the meeting. Sadly, it wasn’t until about fifteen minutes after the posted start time of the interview that it finally managed to begin: a full twenty minutes after I joined the meeting. Much to my surprise, not only does the hiring manager join the call, but another interviewee comes in as well, as part of the same interview process. Immediately we are launched into the interview, without an acknowledgement or apology for the host’s tardiness.

What bothered me the most about this process was the very impersonal feel of the conversation. The manager treated it as a procedure, providing prepared responses and seeming to care very little about us. I also managed to get the short end of the stick in this situation, as I had to answer every interview question first, allowing my competition to hear my answer and use a few of my words to improve his own standing. To top it all off, we finally got to hear more about the position itself, which ended up being different from how it had been described in their poster. I had been prepared in the screening call and asked some questions about the position, to which I got some reasonable answers. Unfortunately, the responses were different from the hiring manager, indicating a very different type of role than the one I believed I was applying for. Overall, too much struck me the wrong way, so I thanked my host at the end of the interview and politely declined the position.

Both of these interviews had very similar layouts, with very similar questions for me, but the execution of the interviews made all the difference. A one-on-one, face-to-face interview with a manager having a conversation with me resulted in one of my favourite jobs I’ve held to date, while the other caused me to turn tail and run.

If there is anything to take away, it would be this:

Whether you have a good interview or a bad one, you can always put your best foot forward. You may instinctively get nervous, and that’s okay. Your interviewer may be in the same boat, and in the end, it may just be a great conversation.