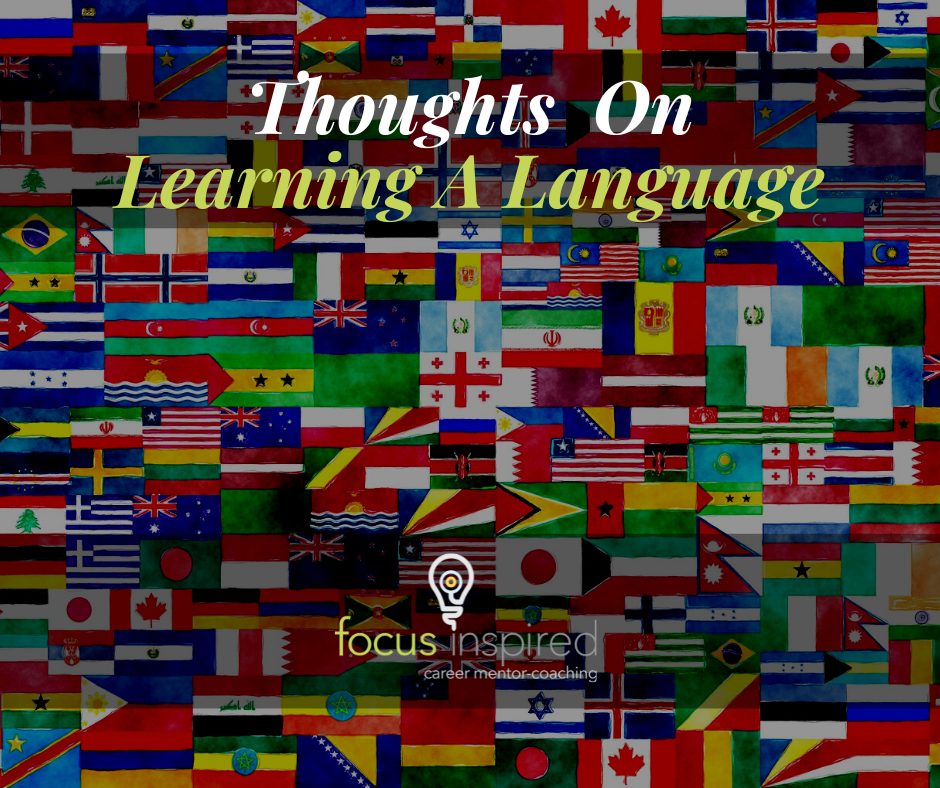 Thoughts On Learning A Language

For many people who work in the federal government, there is a huge incentive to be bilingual with both English and French. So much so that if you want to progress in your career, it becomes necessary to have some proficiency in both languages to occupy positions at certain levels or above. This is because there will be a large mixture of both English- and French-speaking people who you would regularly be communicating with in these upper ranks, especially if you work around the Ottawa area.

For me, this is exactly what I am trying to do by learning French. It is something that I wished my parents had the forethought to teach me when I was young, and I also wished I could have been practicing for my whole life. It’s certainly something that I hope to be able to do for my kids and allow them to grow up in a household that encourages practicing both languages.

For now though, I am stuck learning French at a later point in my life, but I feel fortunate that I have been able to get a head-start. I managed to earn myself a French minor in university, and more recently I have been taking government-backed training to allow me to progress. I also learned that the online web tool Duolingo is completely free to use and is an excellent supplement while trying to get your daily practice in. If you don’t have anyone around you to practice with and are looking for things to try, this is certainly a good start.

I have also been taking in French movies to try and listen to understand as much as I can. I’ve picked up a few idiosyncrasies here and there that I never came across in any of my studies. My teacher also suggested trying music, books, and jokes to me, and jokes especially can show you some intricacies of the language through word play.

So, how is it going so far? “Pas mal,” or “not bad,” as the French would say. I have certainly found that my proficiency in reading, writing and oral French have gone up significantly since starting to practice each day, but I also know that it’s important to continue to practice and speak. One of my biggest weaknesses in my training so far has been not getting enough oral practice in, because it will allow me to think much more clearly as to what words I would be needing in the moment while allowing my speech to become quicker and easier as time goes on.

I’m more fortunate than most people, as my direct supervisor is a native French speaker, my partner also came from French immersion and knows some there, and my own mother also had to go through the same training to get her government French as well. Realistically, I should have no excuse to practice, and it’s definitely something I will have to make a habit of.

Starting today! I definitely want to practice more, and I won’t let my excuses get in the way, something that Luki of FOCUS inspired always taught me!