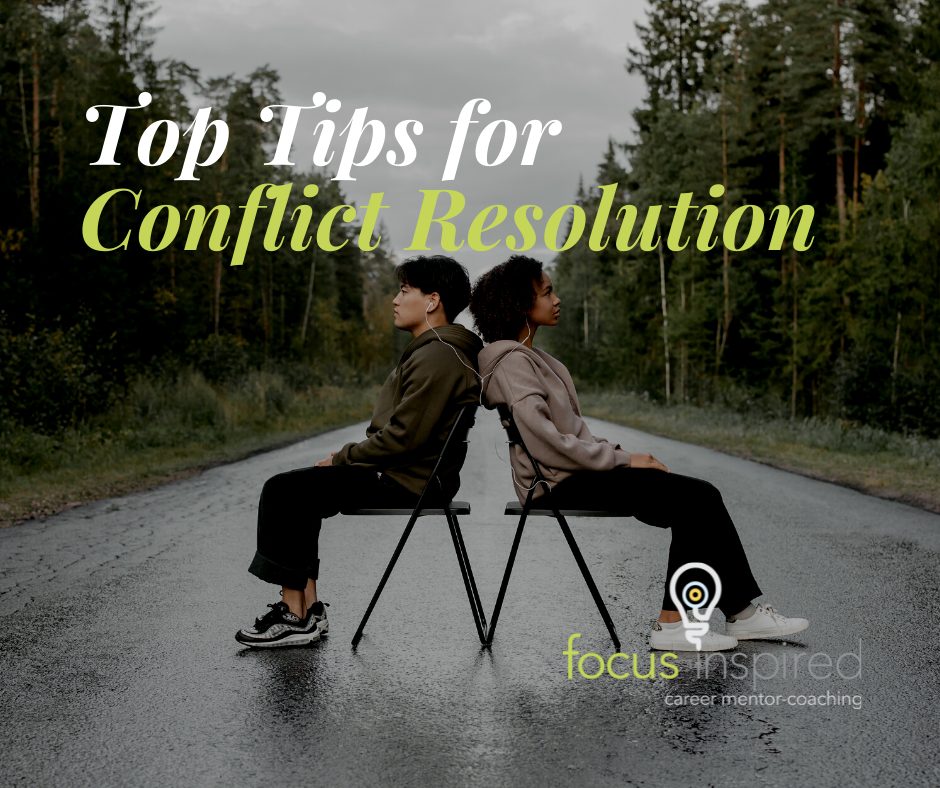 Sometimes it feels like when it comes to conflict resolution, there are some people who cannot be reasoned with. Indeed, you might be right if the person simply isn’t ready to accept your assistance, but you’d be surprised to find out that this is not the case the majority of the time. Most people are more than reasonable, and setting yourself up for conflict resolution success will create a much more workable atmosphere to achieve the goal you are striving towards. Here are a few ways that you can set yourself on the right path towards mutual understanding.

Considering the fact that 100% of the world’s population is not perfect, that includes you! You are prone to making mistakes just as much as your argument partner, and that means you have to consider the fact that something they are saying has some merit. In most arguments, there is very rarely a right side and a wrong side, there is more often a mix of the two that works as a compromise between both sides. People work in teams for a reason, because more often than not, people do have very valuable and valid input towards the majority of issues at hand.

Arguments are exactly the same! Generally speaking, you will find a compromise between both sides almost all of the time, and you have to accept the fact that it is okay to do so, and in fact, preferred! Accept other peoples’ opinions as valid and you will find that you are not only resolving more arguments, but you are also arriving at better solutions in the end!

One of the most important things to do when in an argument is to ensure you are actively listening to the other person and what they have to say. The worst thing to do when stuck in an argument is to tune out the other person while you’re waiting for your turn to speak. This only serves to turn arguments into unending loops and repetitions, making for the most tiring and least helpful arguments of them all. Ensure you are acknowledging your debate partner’s points and building upon them to help them understand how your position differs. Or, while you’re listening to their arguments, you might suddenly understand that you are actually saying the exact same thing and have the exact same opinions, just using different words to arrive at the same conclusion. Again, you’d be surprised at how often this happens, but if people aren’t listening to what is being said, they will never come to that realization, and their arguments will continue on in a pointless cycle.

3. Respect your debating partner, and know when to walk away.

This kind of ties into the previous two points, but it is important to show your partner the respect they deserve for having a differing opinion. Debates are not solved by figuring out which person is the best at calling the other names, it is a time to reach a mutual understanding for the topic at hand. The best way for conflicts to drag on or reach an impasse is when neither side can see past their rage to make their points rationally. Or better yet, each side forgot what they were arguing about in the first place. In situations that are getting out of hand, swallow your pride and walk away. Nothing can be achieved by yelling louder or becoming violent other than hurt feelings and creating an unwillingness to listen, so it’s important to defuse the situation as quickly as possible.

If you’re in a situation where you’re in a heated conversation and don’t want to stop because you feel as though it won’t come up later if you leave now, you have to ask yourself if it’s really that important if the subject can just be dropped. Some arguments just aren’t worth arguing, as they will only serve to create more animosity and get you nowhere. Learning when to walk away is as much of a skill as good conflict resolution skills when in a debate to begin with.

These are just the tip of the iceberg and are only meant to get you started, but they are a good base for helping to solve your issues. What are your best conflict resolution tips?